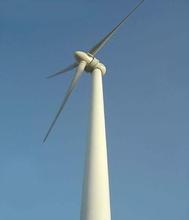 Facebook will be powering its newest data center with 100 percentwind energy – making it the latest of several companies to recognize thevalue of this stably-priced clean power source.

The company wrote that the data center in Fort Worth, Texas will be powered by 200 megawatts (MW) of new wind energy:

"The Fort Worth data center will alsobe powered by 100% renewable energy, thanks to the 200 MW of new windenergy that we worked with Citigroup Energy, Alterra Power Corporation,and Starwood Energy Group to bring to the Texas grid. Construction onthe project is already under way on a 17,000-acre site in Clay County,just 90 miles from the data center, and we expect it to begin deliveringclean energy to the grid by 2016. 200 MW is more energy than we willneed for the foreseeable future, and we're proud to have played a rolein bringing this project to Texas."

Facebook has set a goal of running 50 percentof its operations with clean energy by 2018, and hopes to run on 100percent clean energy eventually. Facebook already powers its Iowa datacenter with a nearby wind farm that went online in 2014.

There is a growing trendof major U.S. companies (including Wal-Mart, Amazon, Google and Mars) and other non-utility groups buying wind: more than half of the powerpurchase agreements for wind signed in the first quarter of 2015 were from four companies. 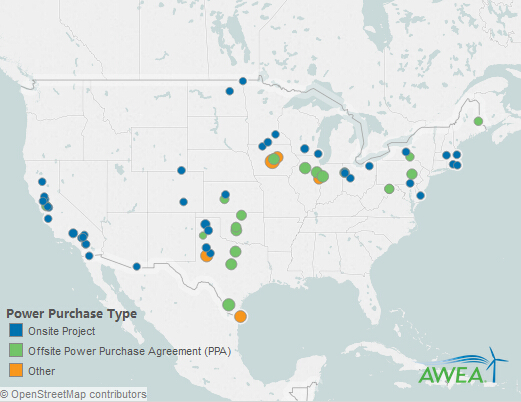 Why are they buying wind power? They recognize the value of lockingin record-low prices to hedge against spikes in fuel prices, andcontributing to a cleaner power supply.

States will also need to enact policies friendly to renewable energy if they want to attract companies that are increasingly seeking to power theirbusinesses with clean energy.