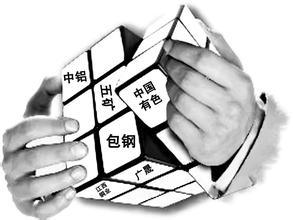 On the 7th China Baotou rare earth industry forum, an insider pointed out that the rare earth upstream over-capacity has exacerbated in last five years, this has greatly effected the healthy development of the industry, in order to turn the tables strengthening management on sources is a must.

Mr. Zhang anwen, vice executive secretary of Chinese Society of Rare Earths, said excessive competition due to large capacity of upstream products currently is seriously affect healthy development of the industry. For example: from July of 2011, our rare earth products experienced continuously falling on prices, most products' prices has fallen more than 70%, some even more than 80%. Currently lot of key rare earth companies are at a loss.

The insider point out that over-capacity exacerbation is one of the main reasons why the rare earths' prices still goes down under an environment of continuous integration of rare earth industry. It is suggested that at the same time of pushing forward industry integration and intensify fighting against rare earths "black industry chain" , management on rare earth mining should be further strengthened.