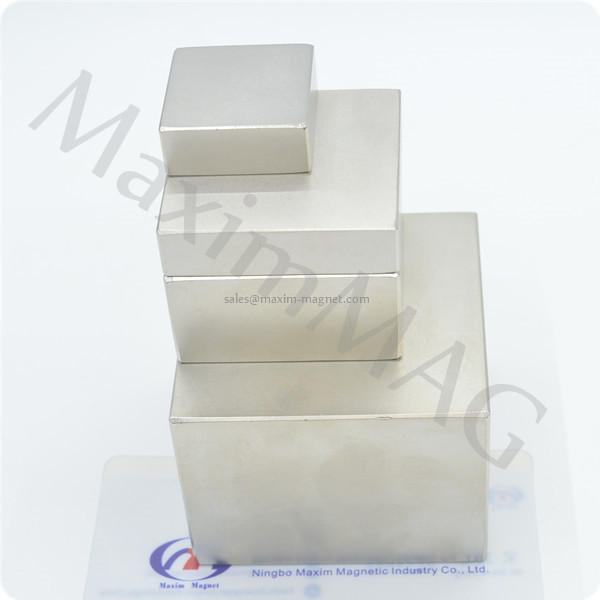 Using magnetism to create a cooling effect requires very little energy. It's also possible to use water instead of harmful greenhouse gases to transport heat and cold. 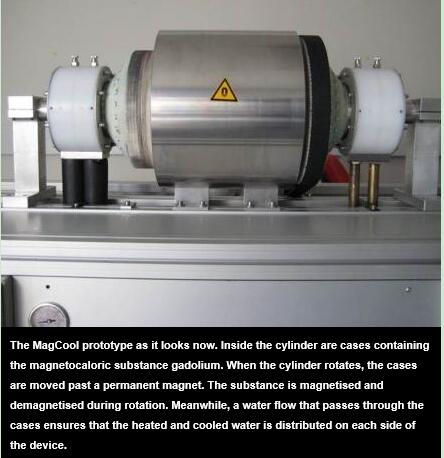 The term 'refrigerator magnets' has been given a completely new meaning.
Using powerful magnets, Danish scientists claim to be the first in the world to lower temperatures by 20.5 degrees Celsius, while at the same time producing 100 W of cooling power.
"No other research groups that work with magnetic cooling have managed to do that," says Christian Bahl, a senior scientist at the Energy Conversion department at Denmark's Technical University (DTU), who was one of the researchers behind the so-called MagCool project.
Fridges with compressors
Refrigerators are a lot more energy efficient than they used to be. However, they are still one of the most energy-guzzling appliances in the home, at supermarkets and in restaurants.
Conventional fridges use pressurised gas to achieve the cooling effect. This requires electricity, and even though the past 10-15 years of development have led to more energy efficient compressors, there is a limit to how much more can be saved on power consumption. 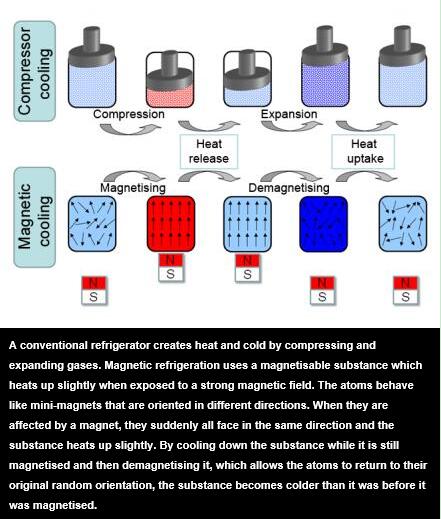 Magnetic cooling could be the technology that makes this possible. The magnetic effect is reversible – i.e. only minimal amounts of energy are required as the magnets do not lose energy while creating the cooling effect and thereby create the effect by themselves. However, tiny amounts of energy are needed for pumping cooling water through the system and for other minor operations.
The researchers reckon that switching to magnetic refrigeration could cut power consumption by at least 30-40 percent. This technology has the added benefit of avoiding the greenhouse gases that many of today's fridges still use.
How magnetic cooling works
Magnetic cooling consists of two main components. One is a permanent magnet with a strong magnetic field. The other is a magnetocaloric substance, which isn't magnetic in itself, but becomes so when affected by the permanent magnet.
The magnets in the magnetocaloric substance are arranged in a fixed structure, a crystal lattice. The atoms behave like tiny magnets that point in random directions.
When the substance is affected by a strong magnetic field, the tiny magnets orient themselves toward the magnetic field. This causes the lattice to start vibrating, and this activity causes the temperature to rise. 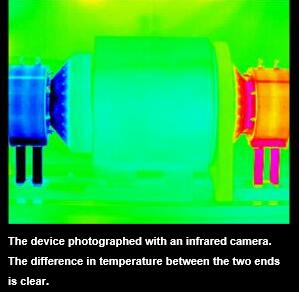 Once the magnetic field is removed, the atoms return to their original random orientation, and the substance cools down again. This is known as the magnetocaloric effect.
The MagCool project uses a device that harnesses and optimises this effect. Four steps are cyclically repeated up to ten times per second.
Finding the right substance
Some magnetocaloric substances have better heating and cooling powers than others. Some work best at 100 degrees, while others work best at colder temperatures.
The scientists needed to find the substance that worked best at room temperature. In the prototype they used small pellets made out of the metal gadolinium, which has a high magnetocaloric effect at room temperature.
The researchers therefore had to find material that had the best effect at room temperature. In the prototype, the used pellets of the metal gadolinium, which has a strong magnetocaloric effect at room temperature.
However, gadolinium, which is expensive, is only a temporary solution. The DTU researchers have started producing magnetocaloric substances from ceramics. The advantage of this is that the ceramic material doesn't corrode and can be shaped into thin plates, which can reduce the energy consumption.
Magnet made from costly material
Although the scientists have come a long way, there is still some development work to go before you can buy your own magnetic fridge.
The magnet that creates the strong magnetic field contains neodymium. This soft and silvery metal belongs to a group of rare soil types and that makes it very expensive.
The trick lies in constructing a sufficiently strong magnet which uses as little neodymium as possible.
They have developed a computer model that simulates the ideal shape of the magnet that makes optimal use of the magnetic field.
Commercial partnerships
The industry has already shown interest in the project. The DTU researchers have received a series of enquiries from overseas refrigerator and pump manufacturers. The technology is based around cooling, but the process applies to heating too – the process just needs to be reversed.
"With our MagCool project we wanted to take the technology a bit further, so it can be used by the industry," says MagCool programme manager Nini Pryds. "With the interest we have seen from industrial firms, we hope to develop specific products within three to four years."


From sciencenordic dot com
Next:  Happy the year of Monkey