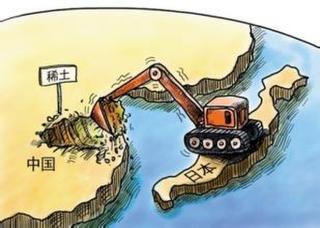 SYDNEY—As rare-earths miner Molycorp Inc.looks to wind down production at its U.S. mine,Lynas Corp.Ltd., the only other producer outside of China, hopes to do the opposite and raise its output of elements used in batteries, magnets and other high-tech products.

To accomplish that goal, the Australian-listed miner plans to do one crucial thing: "Go out there and sell," said Chief Executive Amanda Lacaze, in an interview.

Lynas, a former market darling, has found it tough to become a major competitor in the global rare-earths market.

The company was founded with an eye to breaking China's stranglehold on the industry: The world's second-largest economy has accounted for more than 90% of world-wide supply in recent times. But it took nearly a decade of development before Lynas began operations at its refinery in Malaysia's Pahang state in late 2012.

Start-up of its processing plant in Malaysia was delayed by repeated legal challenges, and the ramp-up of the plant has since been hindered by technical setbacks and a relentless tumble in rare-earths prices.
Now, after working through reliability issues at its processing facility and restructuring its debts, Ms. Lacaze says it is time for Lynas to invest more in sales and marketing to grow the business.

"When this company was conceived, the idea was: Build it, and they will come," she said. "But Lynas was born when prices were high, and the market has well and truly moved on."

Lynas—which currently sells most of its resources to customers in Japan—intends to pursue wind turbine manufacturers in Europe and auto makers in North America as part of an aggressive strategy to widen its customer base. It also plans to court more Japanese customers, specifically for its lanthanum and cerium products, used in petroleum refining and catalytic converters respectively.
'Lynas was born when prices were high, and the market has well and truly moved on.'
—Lynas Chief Executive Amanda Lacaze
.
Last month, the miner announced a restructuring of its long-term debts, including extending the time it has to fully repay the loans. Ms. Lacaze said that was a pivotal moment for the company, which is now valued at roughly 135 million Australian dollars (US$96 million) versus A$3.5 billion just a few years ago when rare earth prices peaked.

She said many manufacturers had cut rare earths from their products when prices ballooned five years ago -- after China restricted its exports -- but hadn't yet reintroduced them despite sharp price declines.
"Now we need to convince end-users we are stable and financially viable, and that it is time to engineer rare earths back in," Ms. Lacaze said.

The end of one of the biggest commodity bubbles in economic history recently pushed U.S.-based rival Molycorp to file for chapter 11 bankruptcy protection and suspend its Mountain Pass mine on the California-Nevada border.

Lynas has been slashing costs to keep afloat. That has included layoffs and relocating its headquarters to Malaysia from Australia, in what Ms. Lacaze—who took the reins of the company 14 months ago—described as "effectively a turnaround of a startup."

At full steam, Lynas's Malaysian facilities could produce up to one-fifth of annual global output, according to previous company estimates.

Ms. Lacaze said she now expects that Lynas can push the Malaysian plant to full capacity—22,000 metric tons—by 2017. The company projects output above 3,000 tons this quarter, from about 2,600 tons the quarter prior.

To be sure, hitting that long-run target rate won't happen if demand remains weak.

"I am not of the mind to use up our resources to sell at low prices," she said. "But we are certainly comfortable that it can be achieved."